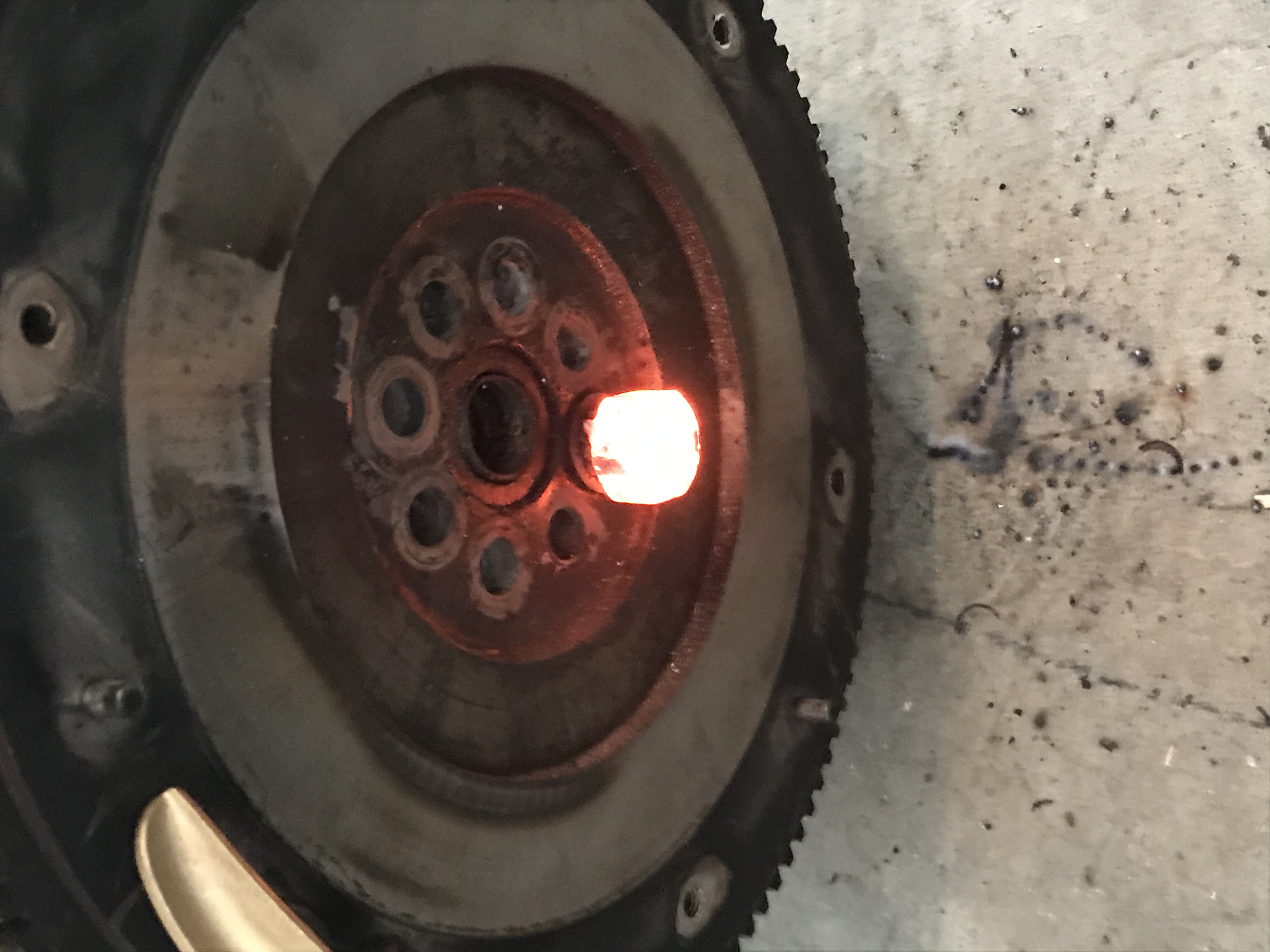 From the moment I bought the engine it has fought me every step of the way. It seems the “Honda mechanic” that I bought it from was either a fantastic liar or had a love affair with red locktite.

I first realized it when I broke a 3/8″ extension trying to remove a flywheel bolt. I then brought out the impact wrench and it did absolutely nothing. A trip to the Chinese took store and coming home with an impact wrench that can make 800ft lbs of torque. The results? Nothing! Didn’t move it at all! Even tried heating the bolt to break the locktite but nothing changed.

Thankfully I have an amazing coworker that has the 1200lb version of the torque wrench. First thing it did was split the 12 point socket into 2. A trip to the orange store and $4 later I had a new 12 point 17mm socket. Given the first one slightly damaged the bolt head I decided to face off the new socket so it would have more grip and less of the rounded approach that makes sockets easier to get on to the bolt.

Unfortunately the bolt head on 2 of them bolts was too damaged. What happens next? Out came the welder! It took 3 attempts with the mig welder but adding a 3/4″ bolt did the trick finally. Most likely the heat of welding broke down any remaining locktite.

Up next I will put the engine back on the engine stand and verify the bottom end is good. And then we can start adding parts. The collection of “go fast parts” is growing!