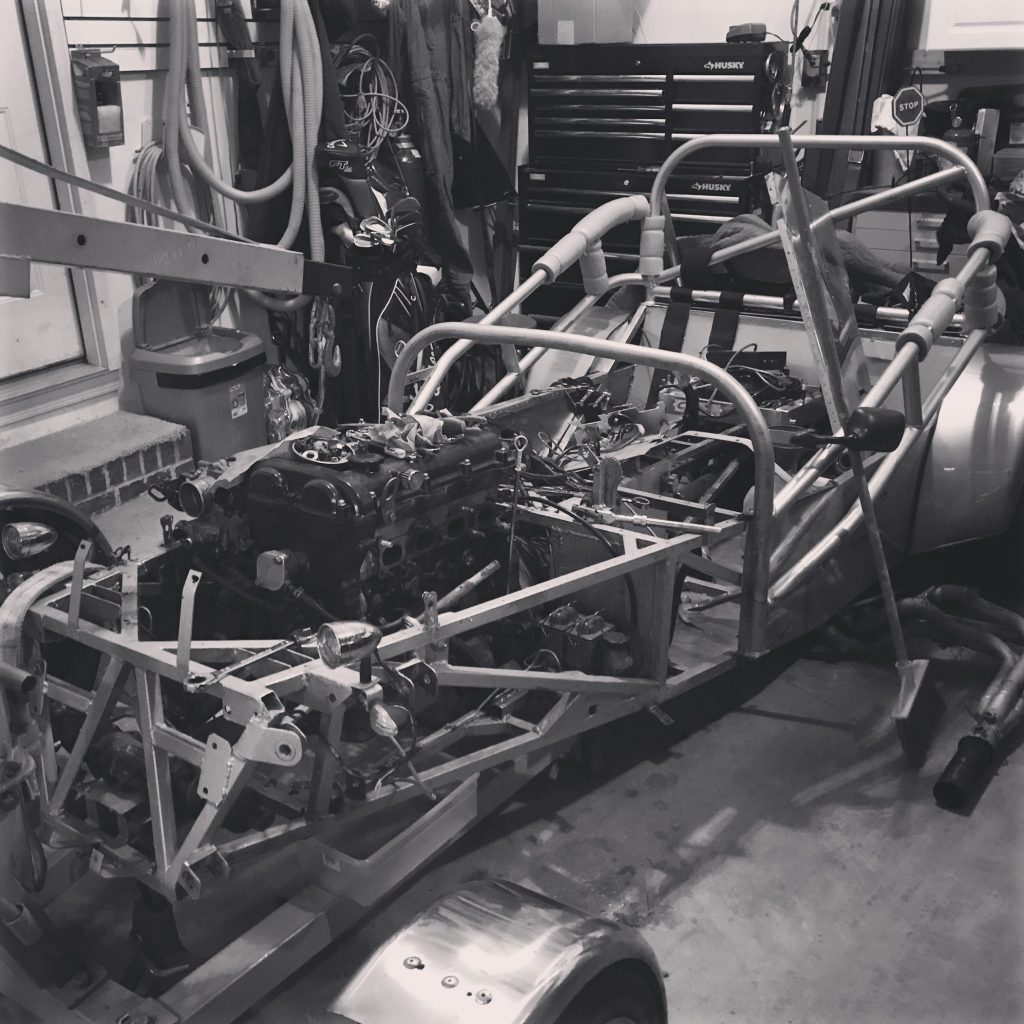 I removed the body panels on the front,the scuttle, nose, hood, side panel, dashboard etc and then removed the exhaust exposing the engine. 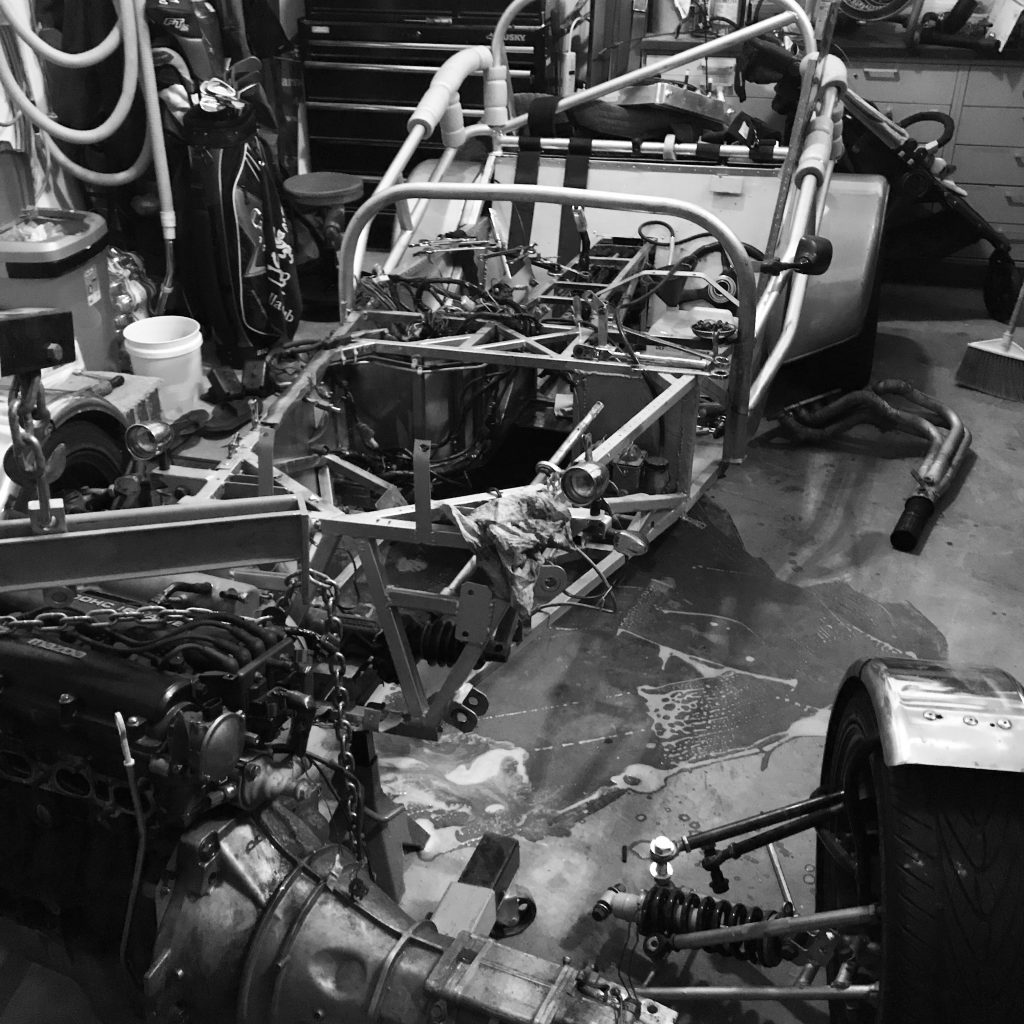 Up next- we pulled the engine (Drain all of the fluids before ever pulling an engine..) and made a big mess.  Shockingly it came out quite easily. 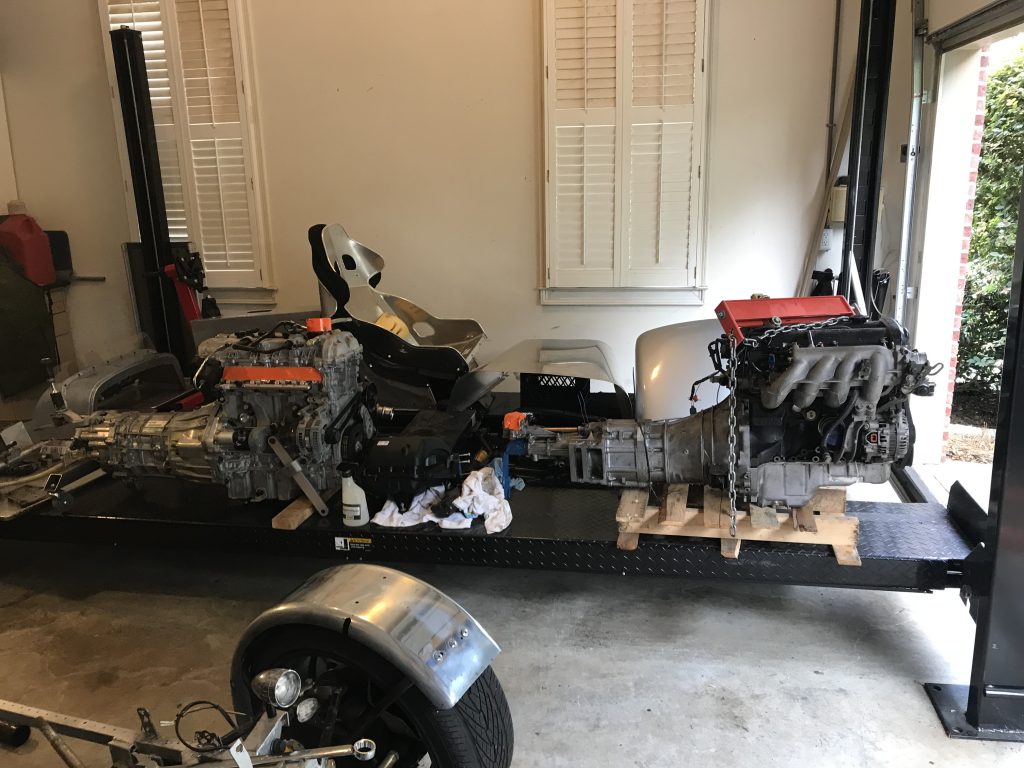 On the left- The ecotec engine.  On the right- The Miata engine. (note the miata engine is on a pallet which lifts the height.  The transmission on the ecotec is about 2″ shorter so the shifting location isn’t idea. 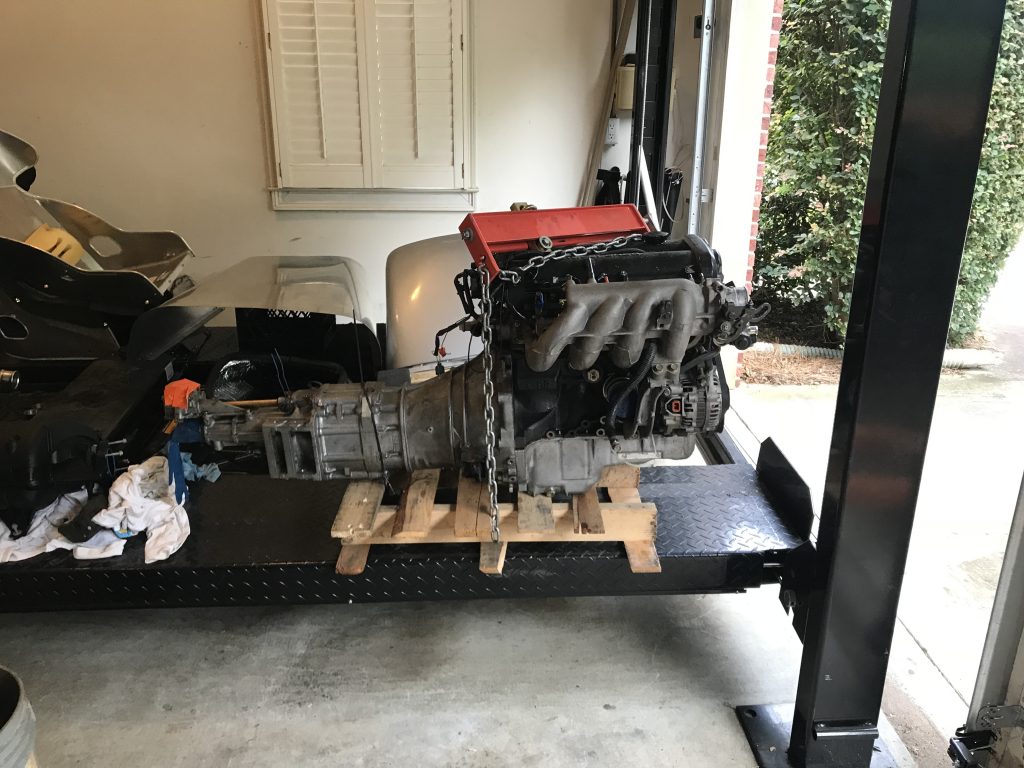 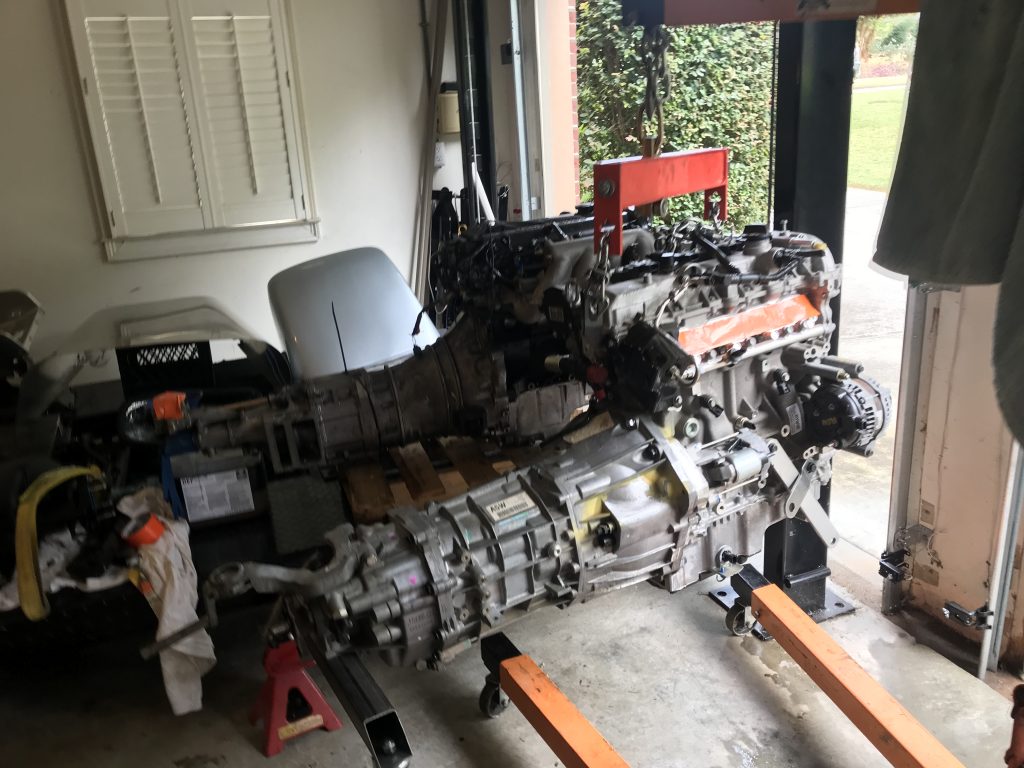 Side by side View. Ecotec in the front. 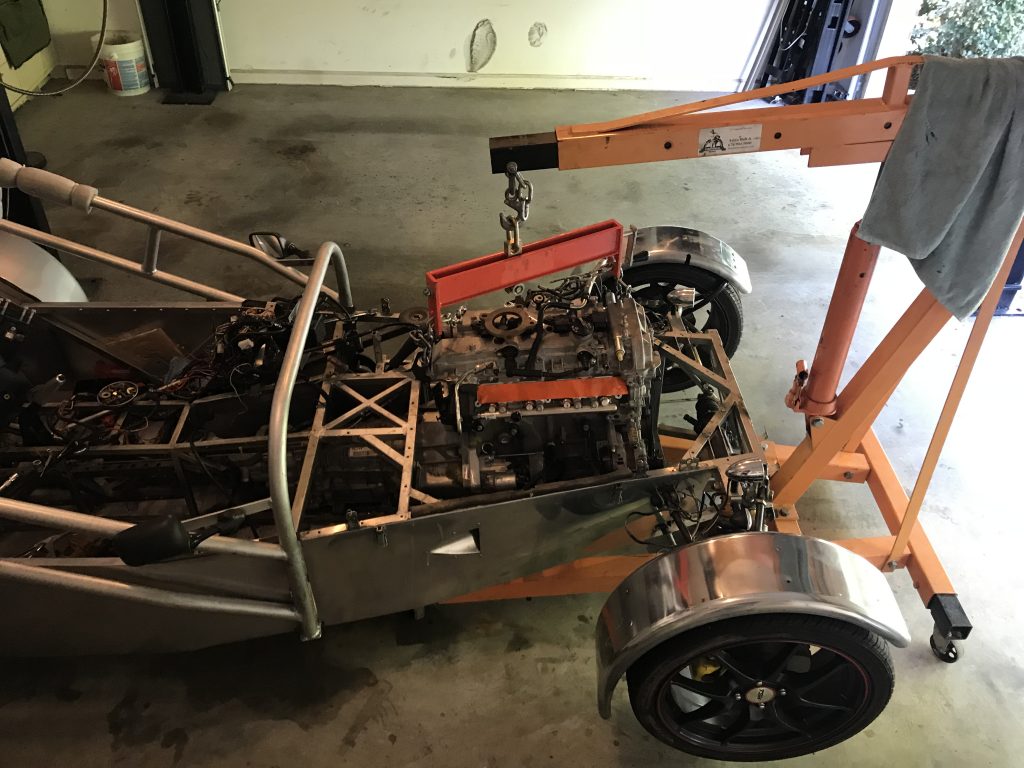 New engine in.. Kinda! I had to cut out some trans tunnel bars. The engine is a bit wider and taller. Taller was expected. Wider not as much. There will need to be some modifications made to get this to work.. The fight isnt over!

Here is a video of the walk around